Suddenly, there is that urge to write again.

So many things have happened over the past three years since the last time I posted here. Sadly, all of it I have not documented.

Sure, there are photos, videos and some lengthy posts in my social media platforms, once in a while.

But somehow, it still failed to capture the entire picture of why I recorded that experience and why I wanted to share that story.

The emergence of various social media such as Twitter, Instagram etc. made everything faster and more convenient. But I also think, it also made our personal expressions incomplete, directionless and shallow.

Few weeks ago, I unexpectedly chance upon this blog - my blog.

As I read each entry, I found myself smiling as I was reminded of who I was before and who I am now.

To be honest, I stopped blogging (and sketching) because I told myself am in a better place now.

Perhaps because I have always found doing both to be too emotional. And for me, unchecked emotions can easily lead me back to dark places.

But now, I have realized that as emotions can make one vulnerable, it can also make you stronger once you fully embrace it.

Thus, here I am attempting to wander for wonders again but with a different lens now.

Posted by wanderingcommuter at 5:18 PM No comments:

silent conversations: how i confronted my best friend after confessing being HIV positive

I guess meeting Y the following day was inevitable.

but i pondered hard how i will manage after learning the status.

Y and i have probably seen each other in extremely rare occasions after graduation, more than a decade ago (damn, time flies). mostly, during blockmates' weddings, reunions and a spontaneous trip in tagaytay for lunch. but thanks to social media and perhaps our bond, its always as if it was just last week. so we never had any awkward moments when we are together.

"Y!," i exclaimed but Y did not respond. i knew Y  heard me. but somehow Y refused or perhaps did not have the strength to look back.

in a way, I immediately understood Y's dilemma on where to even start. from there, i knew that the pressure of starting the conversation was already on me.

as I approached Y, my head was telling me: lift the conversation up. enter with high energy. strike a joke. make it casual. as much as possible, let Y feel its just another day.

I swore I saw the sudden change in Y's expression. by that time I am not sure whether or not I offended Y. yes, sometimes I say the most stupid things. but eventually both of us just laughed at it like the old times.

"grabe siya (you are harsh)." Y answered back.

"tara, dinner tayo! (come on, lets have dinner)" I said which Y obliged. 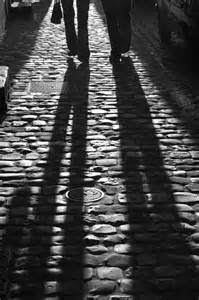 Y remained silent the entire time we were walking towards the restaurant; unmindful of the incoming wave of pedestrians and makati employees rushing home.

with a lowered head, Y was just staring straight right past through the sidewalk. perhaps, hoping to see and pick up anything along the way to at least start a conversation.

it was only the later part of our senior year, when Y told me that Y is also attracted with the same sex. and if Y did not admit it, i myself may have never knew.

eventually after college, Y discreetly pursued same-sex relationships and managed to remain straight in front of family, friends and even workmates. Y was so good at it that sometimes, i laughed on how clueless people were. so Y was determined to keep it that way even after knowing being HIV positive.

hence, it felt like hell when Y learned about it.

Y still remained silent even when our food arrived,

bothered, i recalled being very restless. nagging Y for confirmation of everything that was running inside my head. until i remembered a smart person once told me, that in order for you to smell the sweetest scent of a flower, you just have to wait for it to bloom.

obviously, i was stupid enough to bombard Y with so many unnecessary questions such as: do you already figure out how you get it? did you have any unprotected sex before? when was the last time you had sex? it pains me even now recalling it.

now, i realize that these questions no longer matter as they dwell from the past and do not promise any positive help for Y in the future. i realize that instead of accepting, I was actually unconsciously judging Y based on my narrowminded stigma i have with the virus.

but eventually, the conversation just naturally kicked in. then i learned that what was important that  moment was just to listen. no cutting, no asking. no anything. as i will never imagine the thought process and courage Y had to take just to say what Y wanted to say. because at the end of the day, the only question that will matter is a question to myself; simply about what I can do now to people like Y who may be needing me the most.
after dinner, Y and i went to my place to possibly further discuss about the situation --- or so we thought.

for hours, we spent silent conversations with ourselves without realizing how late it became.

I decided to invite Y to stay over after seeing tears and uncertainties fell over my couch. i thought that it was not the best idea for Y to be alone that night. but Y insisted to go home.

when Y assured me that it will be alright, I walked Y out of the door with heavy steps. funny, how I can still vividly remember the sound of the door when Y closed it shut as if it was telling me something.

then after a few minutes, i suddenly heard hard knocks on my door. i immediately rush downstairs and opened it. it was Y, with teary eyes and breaking voice.

Posted by wanderingcommuter at 9:58 PM 7 comments:

my best friend has HIV

i remembered waking up that morning still feeling tired despite an unusual 8-hour sleep.

i reached my phone and got a message from Y. with my eyes still half open, i had to double check.

the message was a stretch and the first few lines were serious. it was very unusual. being best friends since college, Y and I were never this serious. 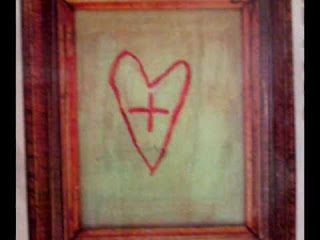 i immediately scrolled down to check if it was another of those stupid messages that would eventually reveal itself as a joke at the end --- but it did not.

i even remembered attempting to scroll down further at the end of the message twice before it hit me that it was not a joke neither was an extension of another forgotten bad dream; my friend indeed has HIV.

relatively, i always consider myself as a brave person, who through time have never gave a bull to what other people say. i wanted to say that i always tend look at the brighter side of whatever life throws at me. but never this.

the honest truth is that hiv and aids have always been topics i religiously evade. some say its because of the stigma. but i say its because it has always been depicted with sadness among many films i have seen, books i have read and stories I have heard. hence, for the first time in my life i have chosen to be a conscious ignorant.

i refused to have myself tested, read anything about it, participate in any related activities or even join advocacy groups - until fate decided to hit me closer to home and it sucks. really. really. hard.

i always end up blank and cautious. for a conscious ignorant, i have the tendency to overthink every word and action to Y but with that nagging feeling that you always need to engage. it sucks because you always end up wordless despite your intention of making everything feel almost exactly the same. that despite of it, nothing has changed. but then again, you realize something has to change.

honestly, Y was not the first person to trust me with their status. but despite how many times i receive these, you just never get used to it and it just keeps on getting worst every time. faces just keep on coming up whenever you see statistics soaring. your heart skips and remember names whenever you hear someone talking about it: and somehow, the issues just keep on getting closer and closer to you; that the more you avoid it, the more it puts you on the corner.

but that was two years ago. now, looking back, i told myself I want to use my blog in chronicling my experience and how it changed me as a support, a good friend of someone who has HIV and a better person -- i think.

i want people to learn and laugh with my mistakes, my own ignorance and even my fear. i want to encourage other people in coming up with a more colorful and hopeful depiction of the condition. i want them to understand that like any other shit in life we just have to suck it up and deal with it together; with the hope of eventually achieving a better resolve.

but for now, i just want to gather all my strength to push that "publish" button.

smiling knowing i finally did it.

wanderingcommuter
part time night watcher, part time day dreamer. i scan the streets for their stories to be told. living with the line, there are wonders, if you wander.

traffic jam: 5 of my most read/commented entries